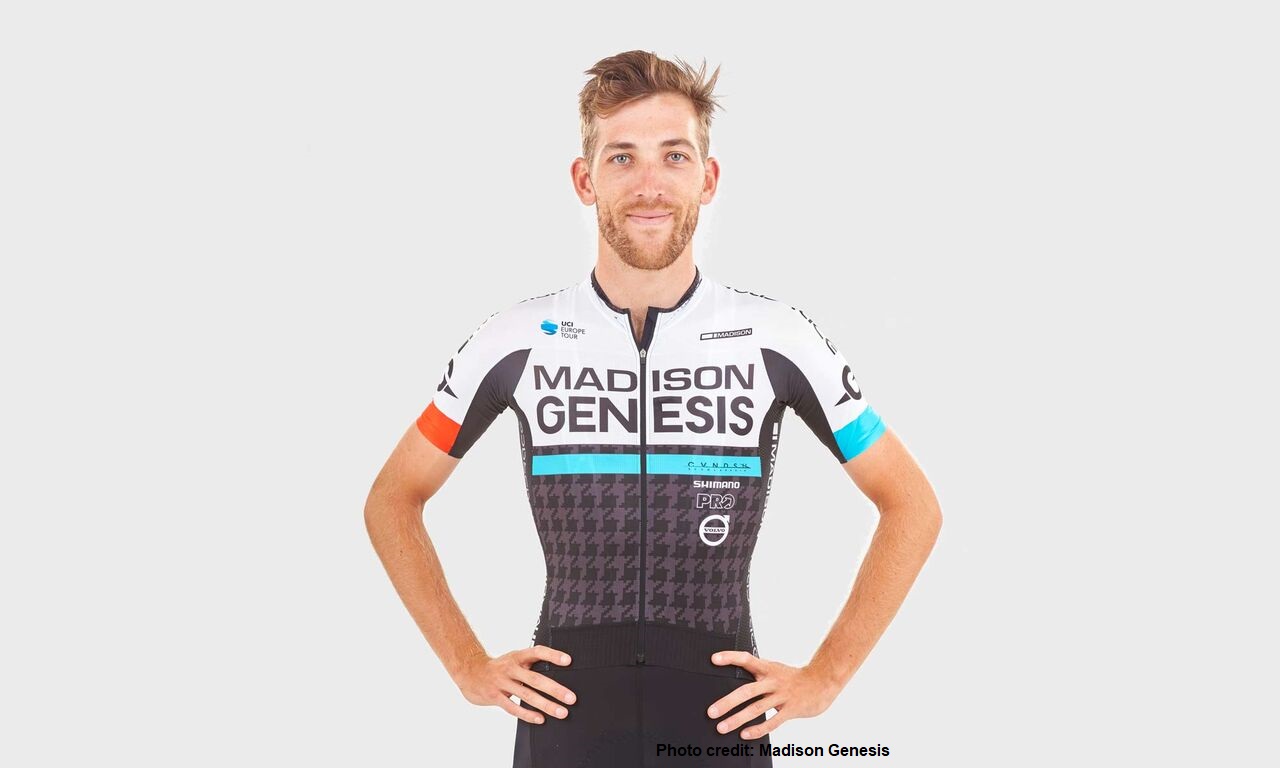 Madison Genesis rider and man of steel Taylor Gunman stole the show on stage 2 of the 2017 Tour of Southland. Having been a key support for the team during both the Tour de Yorkshire and the Tour of Britain earlier in the season, he came off the back of that to take a stage win at the New Zealand based Tour of Southland – on a Reynolds-framed Volare.

We thought we’d catch up with him and ask him a few questions about steel, his upcoming season goals, and how the New Zealand rider copes with our vastly inferior winter weather here in Britain…

How did you get into cycling?

​TG: “As cliché as it may sound, I played a lot of rugby in NZ, but I hated running, so to increase my fitness my Dad got me a bike, and from there the obsession began.”

What was your first bike?

​TG: “My first bike was a Avanti, every kid in NZ at some stage owned a Avanti Bike. It cost me $500 and dad traded a hot water cylinder to complete the purchase.”

​TG: “The Genesis Volare has been my favourite bike simply because of the ride feel. But it’s also different. I like having a bike that gets people coming up and talking about it. I also get very carried away and have to shrink wrap my DI2 cables and make the bike look as clean as possible.”

Do you have different bikes you like to use on different types of terrain/ race or is it simply what you feel like?

​TG: “Being a part of Madison Genesis is a great way to fuel my obsession. My Volare is my forever bike, I will never change it. Just like the way we look at Merckx bikes from the 80’s is the way I want to keep my Volare, well looked after. I do however have also have my Genesis Datum, a gravel bike that was released way before its time and the trend, it shows you how on to it the Genesis designers are.”

Talk us through your Tour of Southland stage 2 win. Did you plan it or just see a chance and go for it?

​TG: “The win itself was unexpected, but before the Tour started I really wanted a stage win and a top 5 on GC.  Stage 1 I attacked and rode across to a 2 man move, but poor tactics left me quite frustrated. Stage 2 I have always wanted to attack on the road into Te Anau but never had the opportunity, this year however our main focus was protecting James Picolli who was equally active attacking. To stop him from covering too many moves and saving his legs for the queen stage the next day I took a flyer over top of the last sprint prime of the day with 12k to go. Once I had established a good gap I waited for the only man crazy enough to follow. with 5k to go and 35sec advantage I knew we would be racing for the win, but I also didn’t want to ruin the chance. With 2k to go I attacked to test the legs of my companion, he panicked and was keen to keep the pace on. From there, with a little outfoxing, I was able to put him on the front to lead the sprint out.”

You’ve chosen to use steel bikes in a number of races – why?

TG: “​For a large majority of the races we do in the U.K. the overall weight of the bike isn’t the main priority, so it is only natural to pick the bike that feels the best, handles the best and gives you the positive feedback you want when pinning it through corner or attacking. Just like the depth of wheels changing the performance of a bike, so can the material. To me it is the perfect bike for anything technical. The steel is responsive and stiff.

“With the new trends of wider rims and wider tyres for wheels, the age-old excuses for not riding a steel bike because of its comfort, I believe, is now a thing of the past. NZ roads are nowhere near the paved haven of Europe, it’s rough chip can leave you feeling rattled coming off any bike, but with the right equipment the steel bike can be the most comfortable bike you own.”

What are your ambitions for this season?

​TG: “Madison have been extremely accommodating of me for the last 2 seasons, which by my own admission have been some of my worst. Bad luck with poorly timed crashes and injuries have made it challenging. 2017 I wanted to pay Madison Genesis back for their support but it wasn’t to be. So hopefully this win is a start of things to come for 2018 season fast approaching.”

You’re from New Zealand but signed to an English team – how have you found the British winters compared to New Zealand?

TG: “​I have been incredibly lucky to only experience the British Winter through the month of March to September… (Haha). I then sneak home to New Zealand for Summer, however, this year that will change. December I return to the United Kingdom with my partner, as she will be working in London. A big change to come from the small town of Stone in Staffordshire to London, and all in winter. It will certainly be a new experience for me.”

Here in Britain training in winter can be pretty dark, wet and cold – do you have any tips for staying motivated to train in bad weather?

TG: “​This will be a new challenge for me. But I have already got myself a Elite Direto for Zwift, however what I enjoy most in the bad weather is getting dirty and going off the beaten trail, so I will have my Genesis Datum with me. However I did see the Genesis boys just released the Fugio, which I would love to get my hands on.”

When you’re off duty, what’s your favourite treat meal?

TG: “​I would say it’s burgers, but burgers are just a warm sandwich, right?! So I even eat them in season. Its the thickshake and fries that are the treat, and the volume.”

Here’s a video of his Tour of Southland win, reposted with kind permission from Road Cycling: