Happy birthday to us!

While the history of Reynolds Technology harks back to the first half of the 19th century, The Patent Butted Tubing Co. Ltd. was officially formed in Birmingham (UK) on the 20th of December 1898 – meaning Reynolds Technology Ltd is 120 years old today.

From our very early days right up to the present, we’ve always put innovation at the heart of what we do, and we’re very much intending to keep with that tradition. 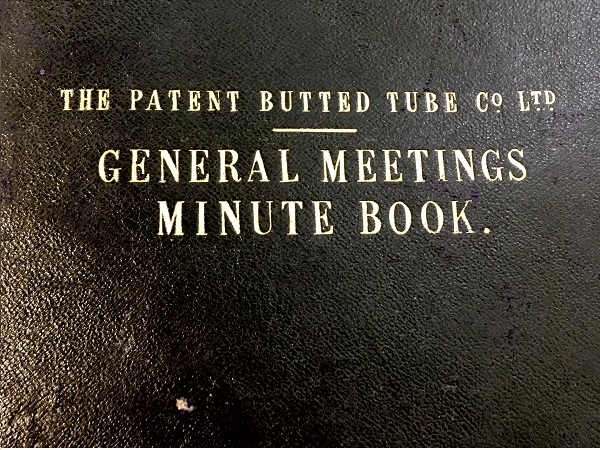 The origins of the company, however, stretch back further than that, to 1841, when John Reynolds started out as a nail manufacturer in the city – a good 47 years before a company selling lightweight butted tubing came to be. He retired in 1875, leaving the company to his two sons, Edwin and Alfred John. Edwin died in 1881, but Alfred John brought his two sons, John Henry and Alfred Milward Reynolds into the business, John Reynolds & Sons Ltd.

Alfred M Reynolds and J.T. Hewitt then applied to patent a cutting edge invention in 1897: butted tubing. The revolutionary process removed weight from a piece of tubing by reducing wall thickness in the centre of the tube, while keeping the walls of the tube thicker at the end, keeping the strength where it’s needed, in the joints.

Of course, this invention is still very much alive and well in the 21st century peloton – so you can imagine what a revolutionary idea this was at the time. Some Reynolds tubing is now double or triple butted – if you’re curious to know more, we explain what that means here.

That patent for butted tubing was officially accepted in 1898, and The Patent Butted Tubing Co. Ltd was formed on the 20th of December of the same year.

The History Of Reynolds Technology Ltd

The Patent Butted Tubing Co. Ltd published its first bicycle tubing catalog in 1902, boasting a 4 and a 1/2 pound tubeset. However, when World War I broke out, the company shifted to producing tubing for military bicycles and motorcycles, moving to Hay Hall  in Tyseley, Birmingham in 1917 to accommodate the increase in production. In 1923 they changed their name to Reynolds Tube Co. Ltd, introducing high manganese tubing the following year.

However, it was in 1935 that Austyn Reynolds and Max Bigford introduced Reynolds 531, so named for the 5-3-1 ratio of key elements making up this
manganese-steel alloy. This iconic tubing would go on to be known, loved and ridden by cyclists around the world, including Tour De France winners Charly Gaul in 1958, Jacques Anquetil with a Reynolds-tubed Gitane in 1964, and Eddy Merckx on a private-label DeRosa in 1969.

In 1976 the company continued with their tradition of innovation by introducing the first heat-treated tubing to the industry, 753. Builders used to have to gain accreditation before being allowed to work with the tubing, which involved making a test build and sending it in to Reynolds for a quality check.

Further wins on bikes using Reynolds tubing by Tour De France icons Bernard Hinault, Greg LeMond and Miguel Indurain would follow, with the introduction of the world’s first commercial air-hardening steel for bicycle frame tubes, the versatile Reynolds 853, in 1995. This tubing remains a popular all-rounder, with options for MTB as well as road and touring bikes.

Over the years Reynolds has broadened its customer base, and while our tubing is most commonly associated with bicycles, we also supply tubing for other uses including motorcycles, to the automotive industry and sports equipment. 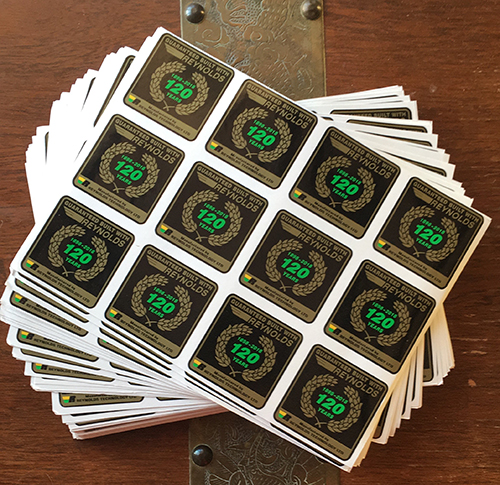 The present… and the future?

Reynolds became privately owned in 2000 and moved to Shaftmoor Lane – our present day home – in 2007. The introduction of 953 tubing, a martensitic-aging stainless steel alloy that can achieve tensile strength in excess of 2000 MPa, broke new ground, combining resilience and superior strength-to-weight ratio with the ‘ride feel’ unique to a steel bike. 921 tubing, an austentic stainless steel, cold-worked to a tensile strength of over 1000 MPa, was introduced in 2013.

However, with the advent of 3D printing technology on the horizon, we sought to stay true to their founders’ innovative roots by investigating the potential application of this manufacturing method to the bicycle industry.

We’ve already introduced 3D printed titanium dropouts to our range of commercially available products, and earlier this year we produced a prototype 3D printed bottom bracket (BB) shell in a collaborative project with Renishaw PLC, Independent Fabrication (IF) and Moss Bikes, which led to two award wins at Bespoked 2018 and Made in the Midlands 2018.

The aim of this project is to refine the design and eventually produce 3D-printed parts for commercial sale, which will save both time and money for framebuilders and allow for easy customisation to suit the cyclist’s needs.

The future? We take innovation seriously and always want to be looking forwards. With 3D printing a relatively new technology in the cycling industry, the possibilities are many and varied. With 120 years of expertise under our belts, we’ll be seeking out ways to bring unique and fresh ideas to the industry – just as our founders did back in 1898.

Find out more about our tubing by watching our ‘Tube Map’ video series. 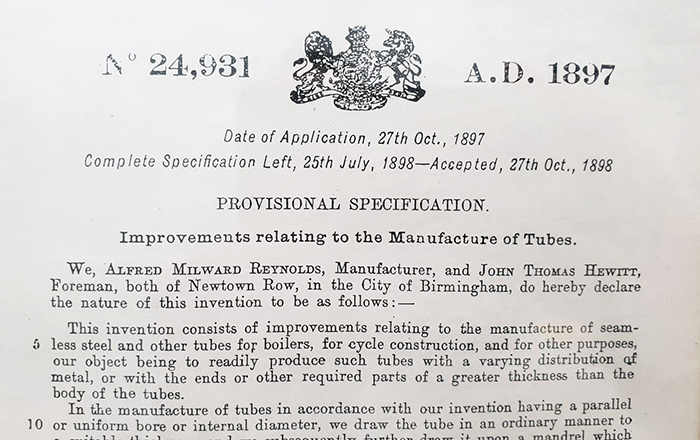 (Above) The original patent for the tube butting process filed by Alfred Milward Reynolds and John Thomas Hewitt, which was accepted in 1898. 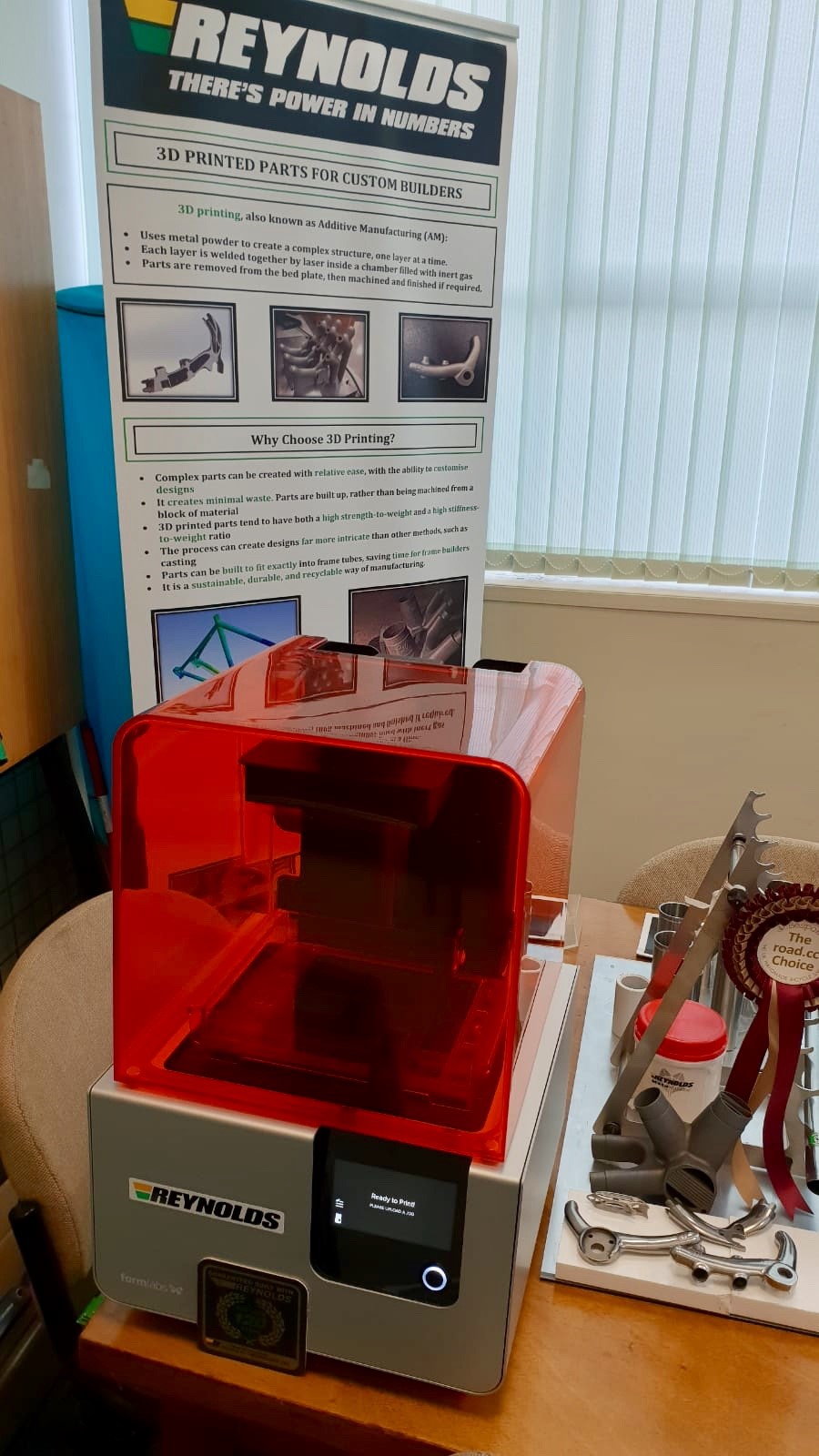