These aren’t just dropouts – Reynolds 3D printed titanium dropouts are, as the title suggests, 3D printed. But how, exactly, do you 3D print metal?

3D printing, or Additive Manufacturing (AM), is a process in which layers of material are built up into a 3D shape under computer control. The process works for both basic and complex shapes, and it has the major advantage of being able to create intricate designs with relative ease –  and minimal waste.

If you’re curious to find out about how the dropouts are made, here’s a minute-long explanation of the process:

Why the interest in 3D printing?

It may not be cheap, but it offers a number of benefits. To summarise just a few of the advantages, 3D printed parts tend to have a high strength-to-weight and a high stiffness-to-weight ratio.

3D printing can create structures with far more complexity than a process like casting can produce. This is a major advantage for these dropouts, which have intricate internal features, as the picture below demonstrates: 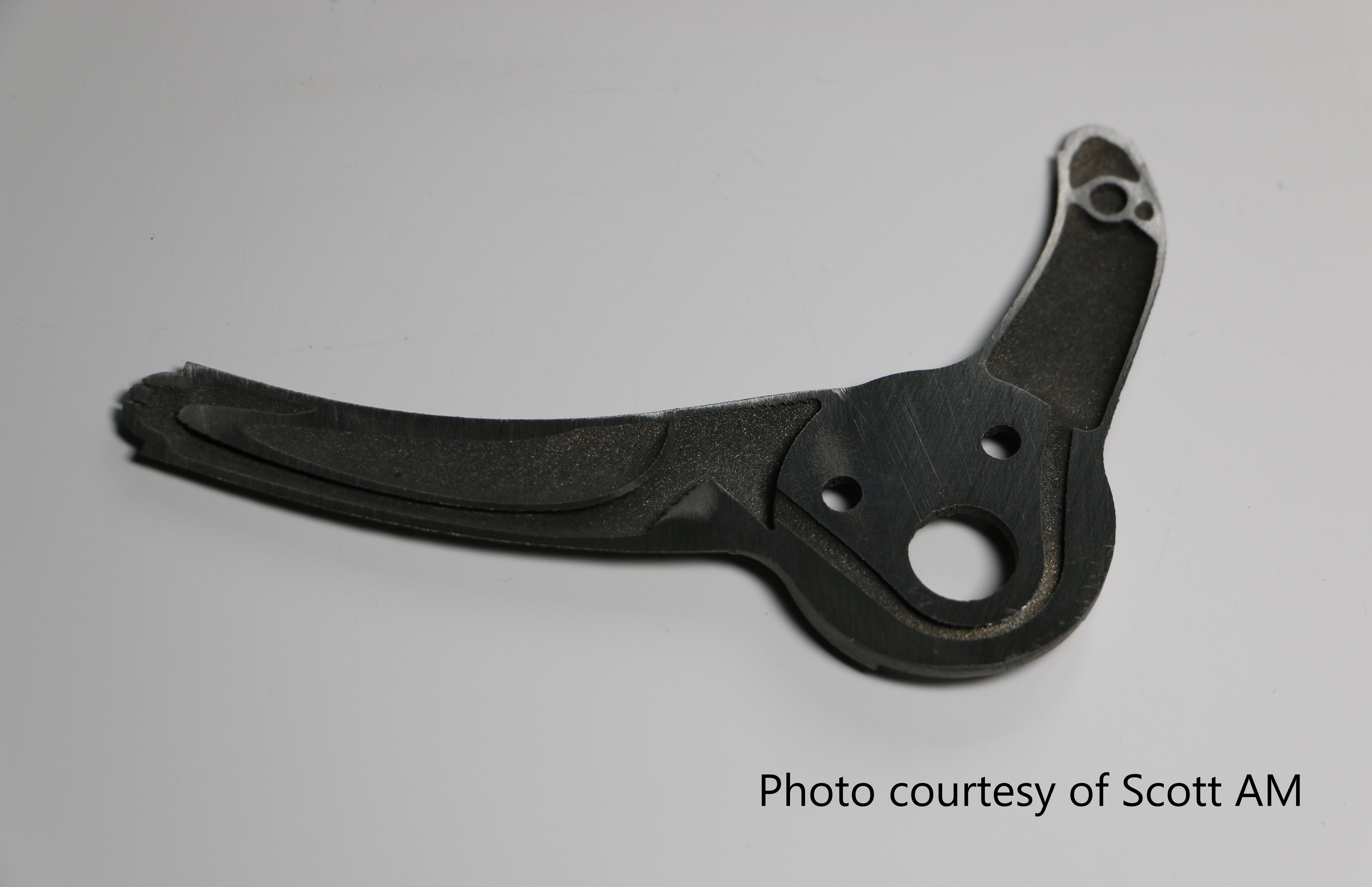 As previously mentioned, the process creates minimal waste, as the shape is built up, rather than being machined from a larger block of material.

Lastly, and perhaps most crucially, the 3D printing process can allow for a customisable design. This means parts such as these dropouts can be altered with the same ease as ordering a takeaway online.

Reynolds 3D printed titanium dropouts are tailor-made to integrate into our chainstays and seatstays. This indicates that 3D printed parts could well significantly reduce the time and cost for framebuilders, as they are built with such precision that they seamlessly attach to frames.

Is 3D printing going to be a major player in the bike industry in the future?

None of us can tell the future. If we could, we’d be millionaires by now and spend winters cycling in Monaco.

We can only say that the advantages of the technology are undeniable. As the process is further refined, the cost is likely to reduce. This opens up all sorts of possible applications for framebuilders, which could save them time, money and effort – and could kick-start a whole wave of industry innovation. Watch this space…