Reynolds Clothing: Behind the Scenes

Talk us through the process of working with Oi Polloi to design the clothing line. What sort of design brief did you have in mind, going into it?

“​It was early last year when we approached Nige Lawson, co-owner of Oi Polloi, as we knew Nige had a passion for cycling and heritage brands and we knew he had a very good knowledge and appreciation of the Reynolds brand.

For those who maybe don’t know Oi Polloi, they are one of the most influential retailers in the U.K., credited with introducing new and emerging brands to the U.K. such as Scandivian brand Fjallraven.

We took a lot of time to look at old imagery for the Reynolds brand, to provide inspiration for the graphics on t-shirts. We also looked at old, retro cycling jerseys to inspire the range. Indeed, the front pocket polo shirt was inspired by a 1950’s short sleeve cycling jersey we found.

Next, we decided on colours. The resulting palette saw a combination of true Sporting colours such as navy, white and red, but also with a twist of seasonal fashion colours: pink, lemon and sky blue.” 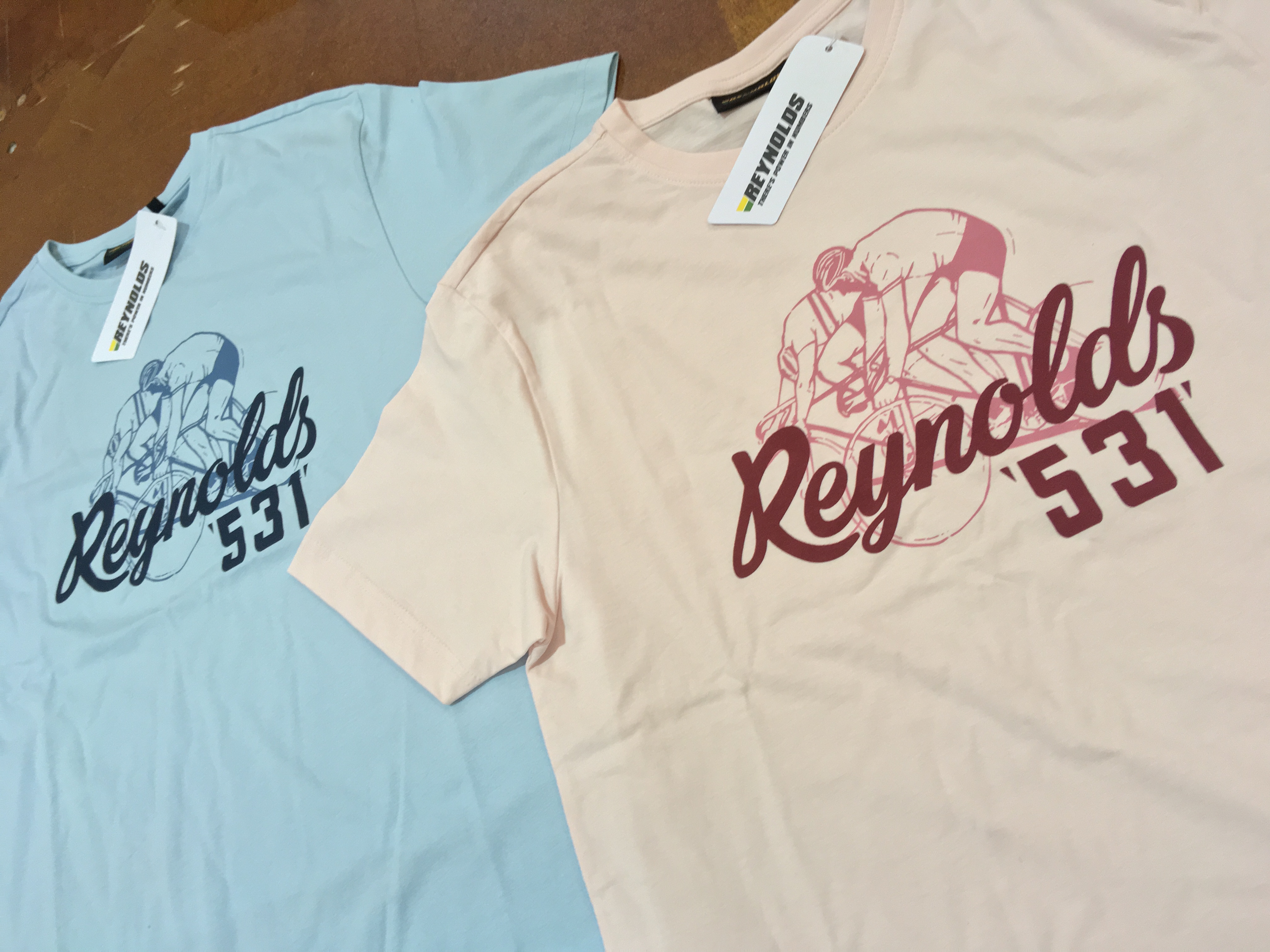 Did the designs alter much during the planning process?

“The designs always change during the process, as what looks good as a computer aided design doesn’t necessarily work when you move to the sample stage. You need to make changes to make the best possible products.”

What were your central aims when it comes to design of the clothing?

“Of course we need to make our garments comfortable and of a premium quality to reflect the values of the brand.
Coupled with this, we need to reflect the history, heritage and iconic branding of Reynolds, which is why we decided to use the 531 or 753 branded, embroidered badge across the range.”

Were there things about Reynolds’ history you found out about that were surprising or particularly interesting while developing the clothing range?

“There were a number of surprises when we were doing the research, such as, to give an example, the fact that more Tour De France winners have ridden on bikes with Reynolds tubing than any other manufacturer.
We also loved the fact that we found new tubing numbers, such as the All Terrain and BMX tubing, as most people traditionally relate Reynolds with road racing.”

“Simple, they are iconic!”

Who is the clothing range designed for?

“The range is designed to appeal to people of all ages. When we first launched the range at a B2B show called Jacket Required in London, we were inundated with young, fashionable people who loved the designs but were also intrigued with the heritage of the brand.
We also believe the range appeals to the more discerning, slightly older consumer who has grown up with the Reynolds brand.
In simple terms, it is designed to appeal to a broad spectrum of consumers.”

Which piece is your personal favourite?

“My personal favourite is the quarter zip, cycling polo shirt. For me it reflects the cycling inspiration for the range, and the subtle 531 branding makes it what, I hope, will become a core classic of the range.”